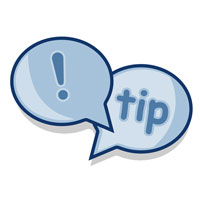 To complete and submit an application, you MUST provide a YouTube or hosted video link to showcase your ensemble performance. If you do not have the ability to upload your video and photo assets, please download the printable version of this application and mail in your materials.

Please submit application and audition materials up to 12 months or at least 2 months prior to your requested performance date.

This form has several pages. Fill out all pages of the form to complete application. If you submitted the form succesfully by mail or online, you will receive a confirmation email.

Fill Application Online. Note: Upload media feature not available on all devices. This form has been tested in: Internet Explorer 9+, Chrome, Safari, Firefox, iOS 6+, and Android 2.3+. Other browsers may experience issues and may not allow the form to be submitted.

Musical selections will need to be approved by Universal Orlando Resort™ prior to the group’s performance. Theme park tickets are required.

Uniforms are required for every performance and subject to approval. During spring and summer months, performance groups can substitute wool uniforms with alternative uniforms, such as matching shirts with collars and matching pants. Jeans and t-shirts are not permitted. 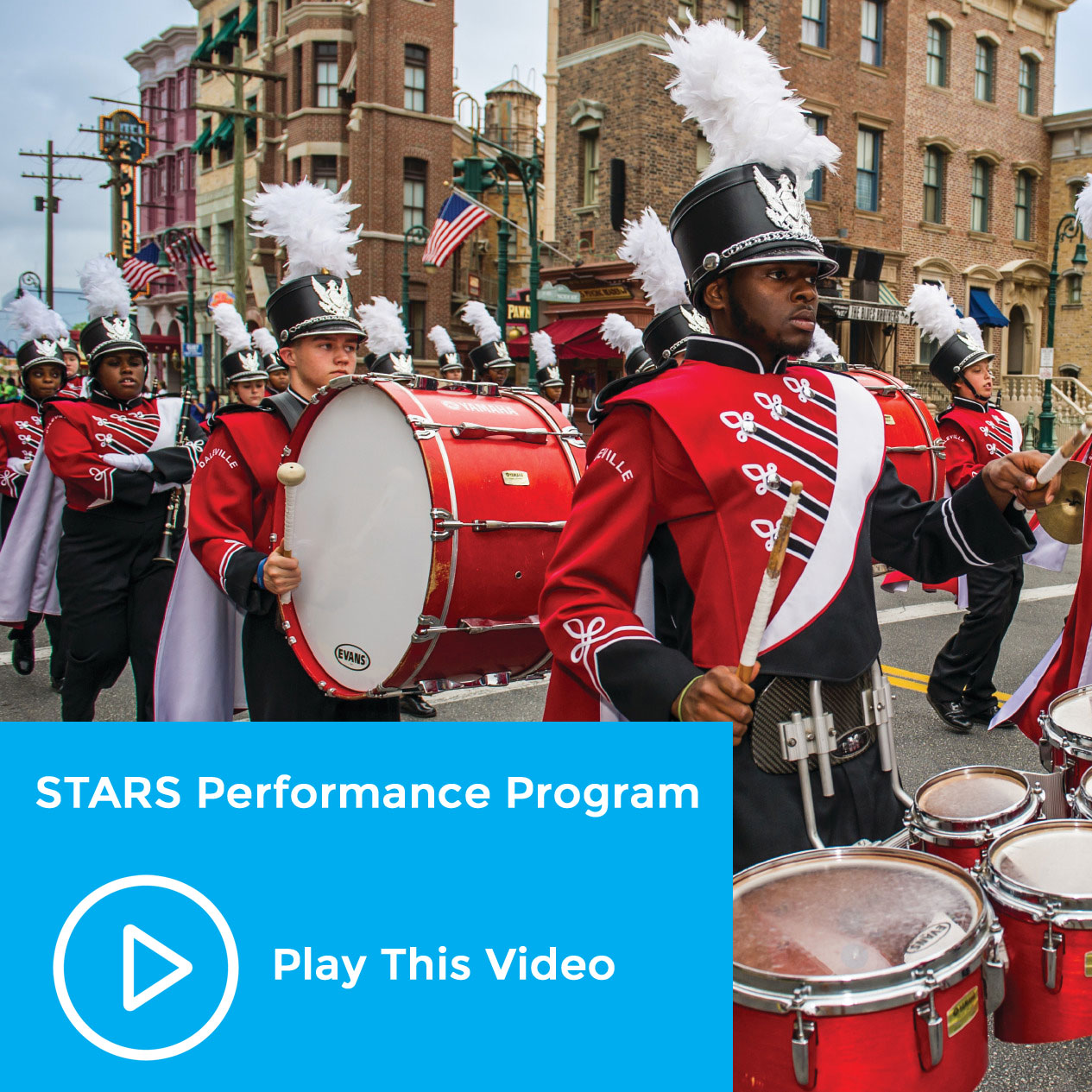 Stage performances will take place at one of the several stage locations in and around Universal Orlando Resort™ or the covered Plaza Stage in the Universal CityWalk™ entertainment complex. These performances should be 30 minutes long, encompassing positive and energetic musical selections.

Students can re-imagine the classroom at Universal Orlando Resort™. Here we go beyond the basics, giving students all kinds of opportunities to explore their passions- from dance to business- in once-in-a-lifetime environments where they’ll gain professional insights. Choose from an incredible lineup of options: 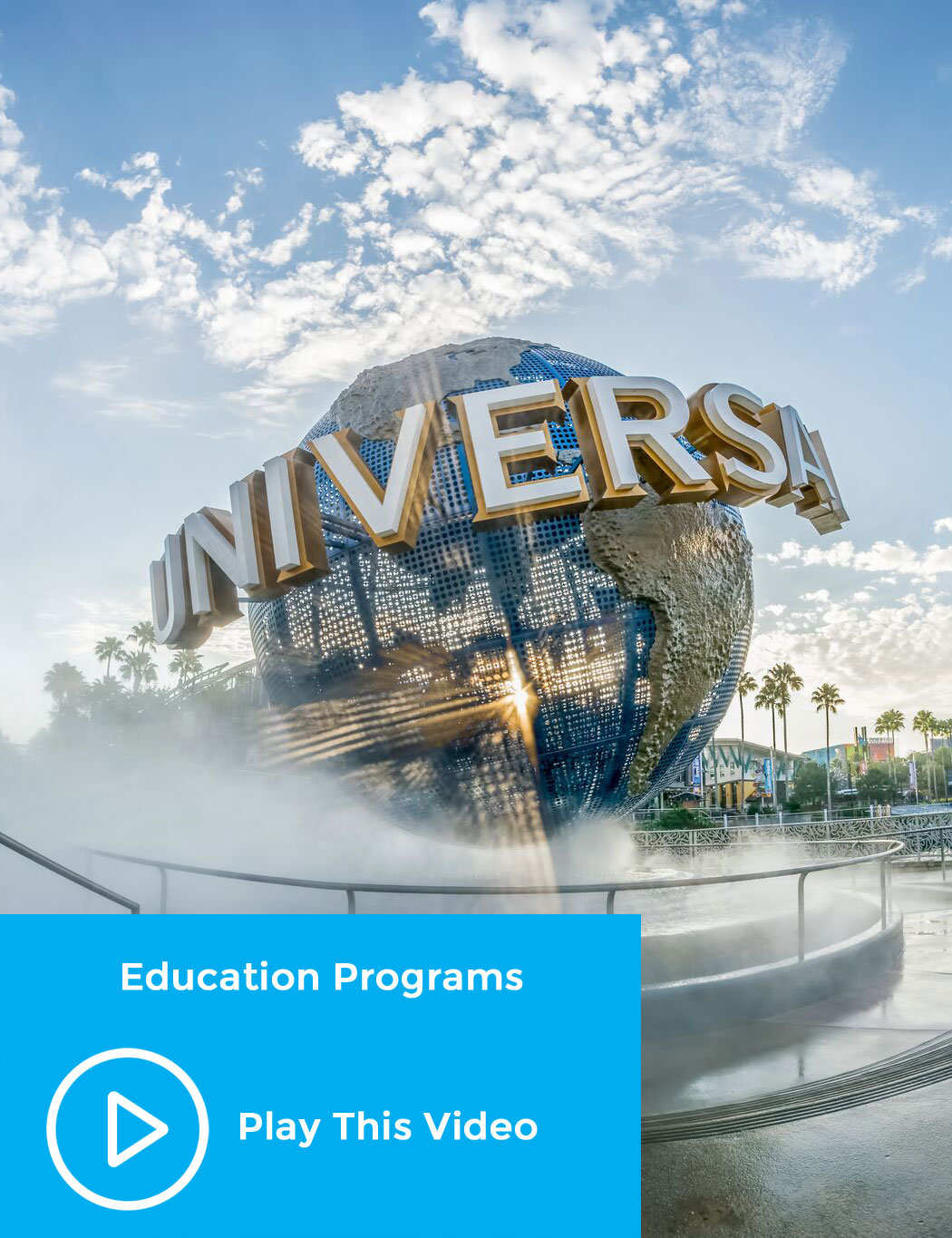 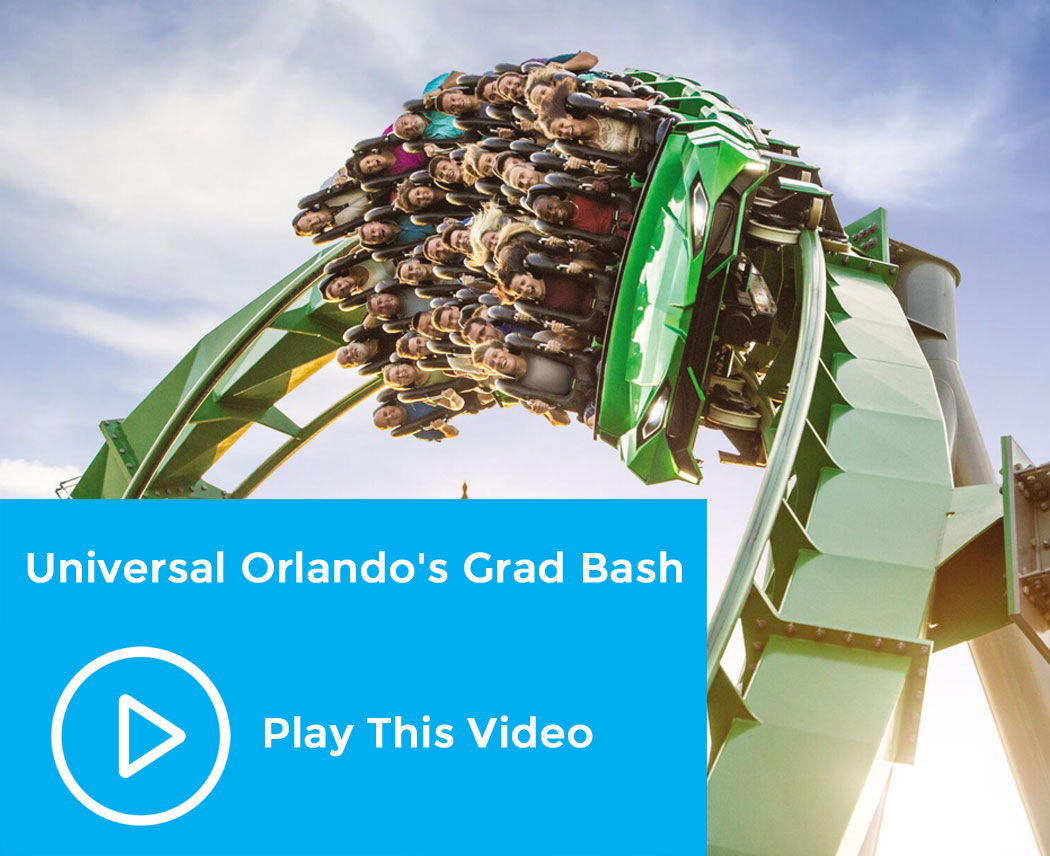